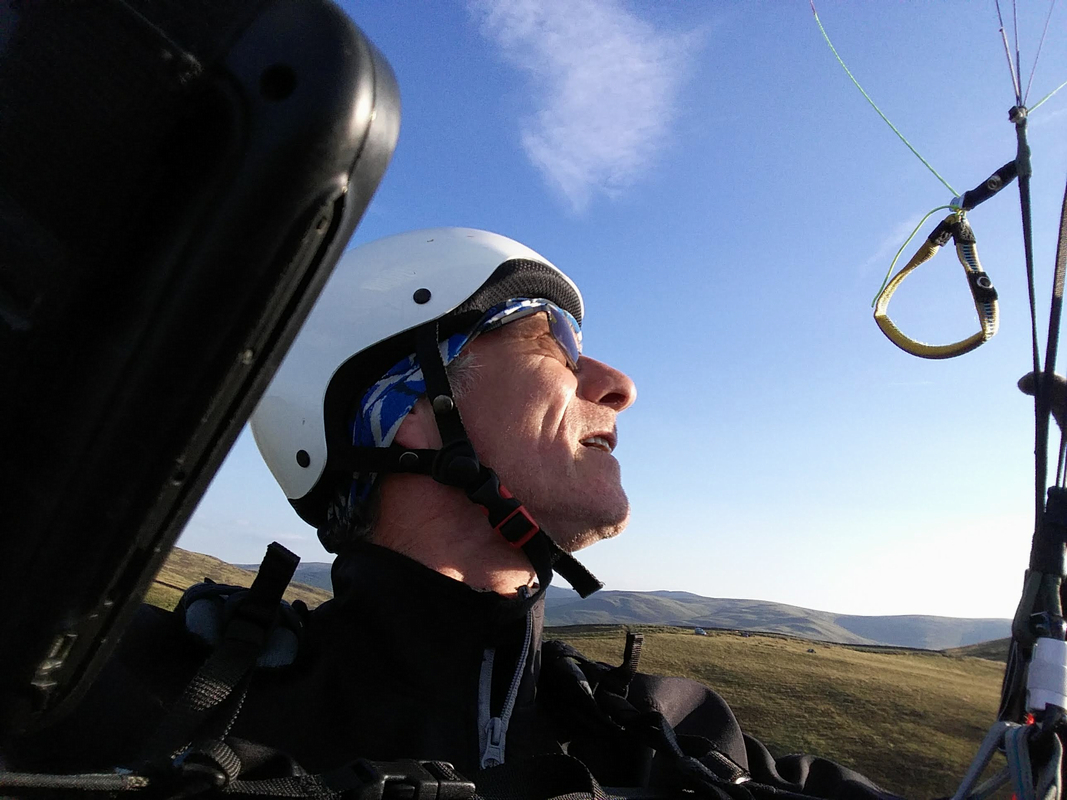 Aye just call me Mr fabulous. In the past this date has proved a very successful flying day out and what you are about to view is no change, I did post that i wis gaun oot and wasn't being a sleekit eejit.

To speak a strong dialect, with its roots firmly planted in the history of a particular place and its people, is a wondrous thing. The speaking of 'broad Hawick' is, I suspect, a far greater treasure than most of its speakers realize before the Germanic dialects took over. Place names in particular have a complete mix of origins, with hill and river names often retaining the oldest influences. However after finishing off the metal doors of the shed the air mass had changed from grey with lots of wind gusts to humid with blue sky and thought lets check the forecasts. Wow thunderstorms weird or what, well what's normal it's certainly is not no normal Nolan but decided anyway to have a look.

A few days ago i thought Langholm area would be on cause of lighter winds after 5pm, However went for a look at witchie about 4:30 and was quite pleasantly surprised with nice clouds blue sky plus silky smooth  warm air 9 to 13 mph bang on south which at first thought the thermals where getting triggered from the farm and the forestry beyond.

The wind sock had not deviated from horizontal in half a hour and the door test closed just once, He ho lets go and thought somebody has got to turn up, Well ee deh ken what you missed and off i went into frequent thermal cycles and was able to visit the S W bowl regularly and back with ease.

A car pulled up at the top and it was to lads from Germany camping me being fi hauick and able to talk flamish German we got on well then a Rob Beaton turned up on a vintage motorbike looking for a chat he did know oor Tommy and a few story's later i decided to leave him with the German lads, I have met him before at the model fly site at bonchester and even he is a nice man and have found him quite interesting and well educated on flying,You feel you cant get away not that I'm saying he could put a glass eye to sleep.

But on with the flying and off i went again and was able to explore the full range of wichieknowe for a further hour and a half clocking up the kilometres and flying time, even reaching halfway up the S E hill, I'm not punting for votes at our annual skirmish i just deh want oor Rob winning 3 in arrow wit his yin hit wonders.

What can i say to tell yous how wonderful it truly was epic easy flying in smooth lament air, Plenty top landing practice in lifty lofty air anywhere near left of the South face pushing out front to even over the road left of the patridge pens you where gan up. I even tried out a new wing control at the strong venture part of the hill by taking in a meter of the B line and mushrooming the wing, you have so much more wing control with no flapping and wind getting into the cell.

To sum it up chaps it was wonderfully epic absolutely fabulous and i feel guilty that you missed such a great evenings flying. TO summarize in one word which i cannae".             um mmm YOW SUCKERS missed the chance for air time