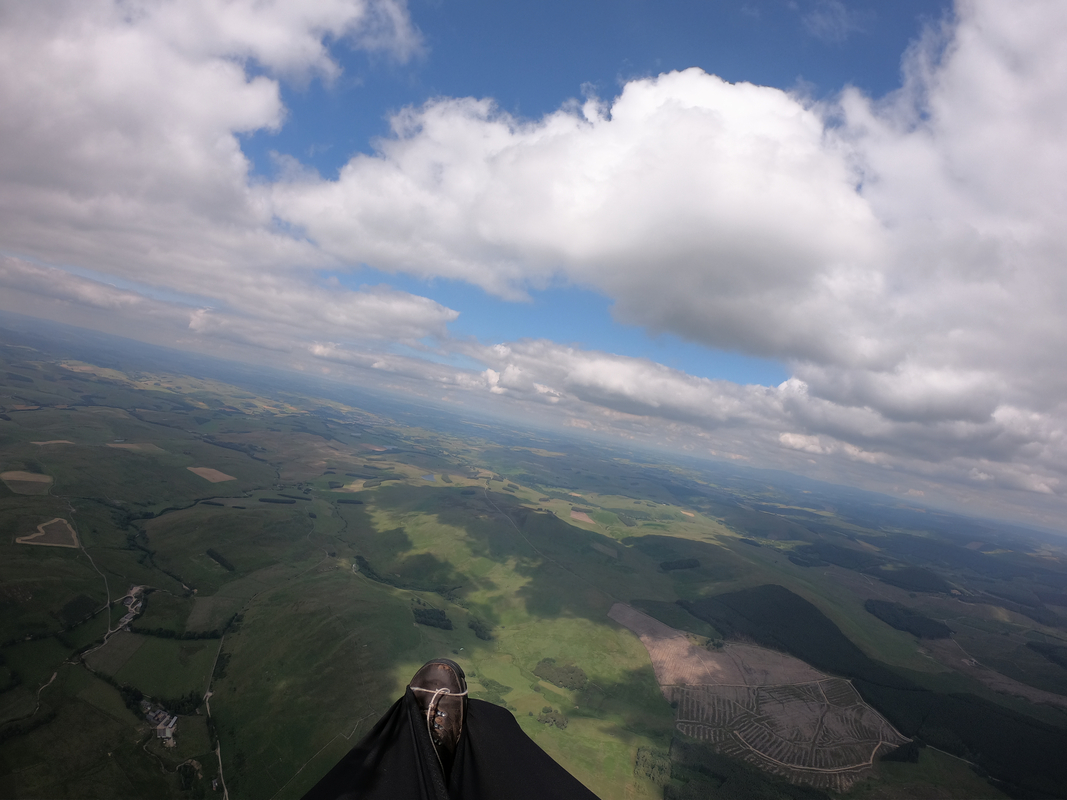 Two cups of coffee, fruit and toast and still I want to go back to bed. It’s an ungodly 7 am and I'm up to head north for a red and yellow rasp day. It’s suddenly all too much too early and I make yet more coffee, rub anti-inflammatory on my knee and then some more, and decide to head to the borders for less driving and more roads when you get there. A call to Dave Thompson and then to Jed in Hawick and we’re to set to meet in Hawick to dump a retrieve car and head to Tudhope.

On Tudhope, it’s a high hill at nearly 2000 ft and about 20 k south of Hawick, with a road running such that the maximum walk is maybe 1000 ft. There is no traffic on the single track road so a car in Hawick is a genius idea. For dominant south westerly winds a site in the bottom left corner of the Borders, not too near the sea breeze from the Solway Firth is a handy thing.

The walk is none too hard and on the way up, or rather to half way up, Dave is generous with information about the area and we stop on a rather steep bit and await the day to start. Actually it’s all pretty steep. A lot of kiting, blustery first thermals and general waiting, time passes to about three in the afternoon and Dave wanders off in search of lift in the valley and after some valiant circles lands near the car. I too push out into sinky air and then give in thinking to head down to the car too where a flask of tea and more sandwiches await. A lazy circle at half hill height and Jed’s not there, he’s showing the way and climbing. I go into serious ‘get a grip’ mode and slowly make my way up to be climbing in scrappy lift with Jed not high but about a kilometre downwind and sensibly heading back to my better lift. Jed connects with a fair amount of effort and I continue slowly up with a small helping of rock and roll for the speed of climb but its ok and up we go. I leave at about 4300, when I should have worked harder for base, and point at Hawick. Jed is getting lift but it looks difficult at about 1000 below me and he has a buoyant glide to eventually land a nice little xc I think after much hanging in there. I get a second thermal and its easy, until it’s not. I reach 4000 again and lose the lift and point north again knowing I should follow the cloud but the road is attractive. My landing is in an idyllic looking meadow like something out of Thomas Hardy and I want to sit and enjoy, but I pack up and start the 2 mile walk to Hawick which is not without its pleasure along the quiet country road. Apart from it’s being a quiet country road so no cars. Dave is on good natured retrieve duty and after bursts of comms from our ubiquitous technology Jed is scooped up and me too and its back to the bus park for cars.

But it’s not over, not at all. Dave has friends coming so sets off to drink wine and Jed offers me a cup of tea at Chez Viv and Jed before my drive home. This turns into sitting in a warm garden while Viv cheerfully slaves over the hot cooker and I eventually sit down to a full Sunday lunch complete with brilliant Yorkshire pudding. So good were those Yorkshires that I realise Viv is clearly hiding a secret past and the only possible explanation being she was born in Yorkshire. I say nothing because it’s not my business to reveal my insights, so I just eat, wish I wasn't driving so could have wine, and eat more.

Its bedtime when I get home, what a great day out. You always learn something when you go flying. And today I learned Monday nights is the best time visit Jed and Viv's house. 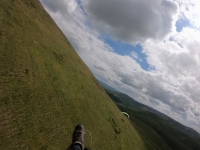 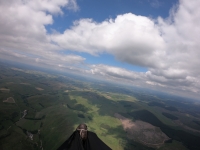 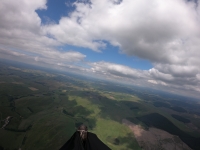 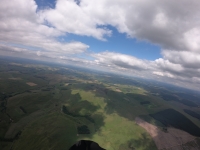 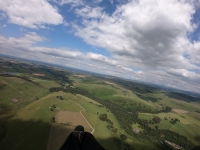