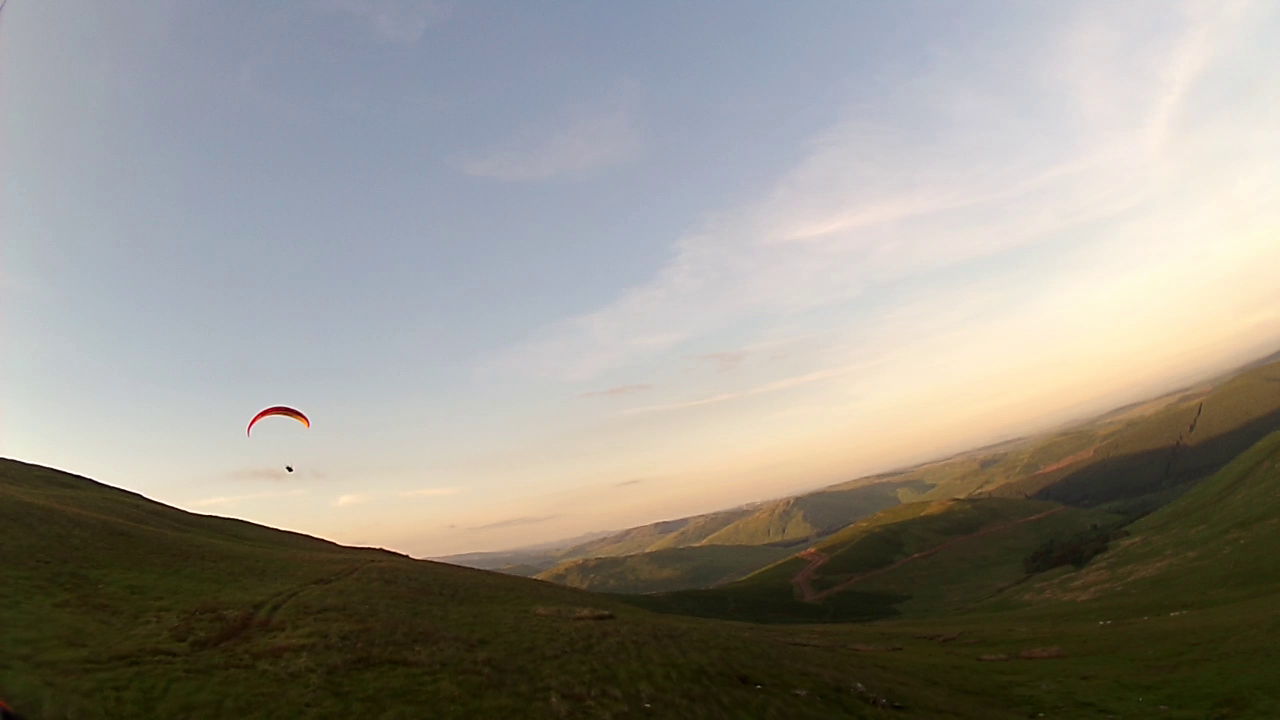 Well what do the forecasters know? They all suggested it would get windier into the night - which cast a big doubt on any solstice flying.
Then again, sometimes you just have to be in it to win it. Turned out to be a lovely evening and flyable - only just though as at times not enough wind!

Jamie and myself met at MrBs around 7.45 and quickly set off up Jubilee. Not walking - took the quad elevator straight to the top so there for around 8pm. Wind was slightly cross but blowing some decent gusts and still signs of thermal drafts even at this late hour. Fantastic views out to the east and all around. Quickly set up. Launch was difficult at this time (8.15) as the sun was right into your eyes. Lifty at times but not consistent - enough to do a few beats then slope land and kite back up.

By 9pm the wind had veered more S/E and had lost more of its energy so we both had a lovely flight down into the valley, not much lift nor much sink, for an easy landing by the road at 9.30pm.
The only negative - the midges here are on steroids! And both of us in t-shirt and shorts. Ouch!

Big thanks to Tommy - for the (exciting) ride up and for being the sacrifice to good flying to ride it back down.
DaveH