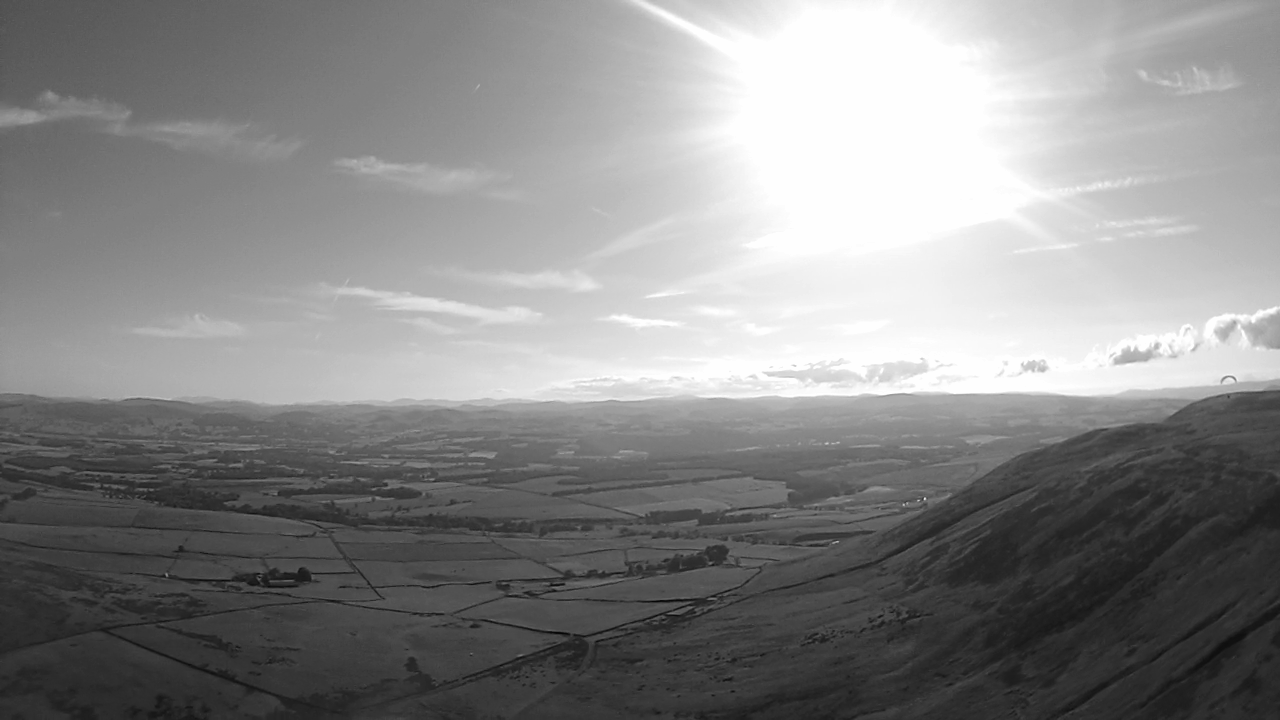 I've been back up in Scotland for 8.5 years and have made several trips to look at the flying site by Thornhill but never managed to fly it.

Stephen pinged me to say he was going to take a look at Thornhill and would I go along. Over two weeks since I last flew so it would be rude not to!
Took the road via Ae forest and got to the hill about 5.45. Stephen had been doing some ground handling practice at the bottom of the hill.

We parked by the cottage and took a short stroll up the quad bike track.
Wind felt strong ish and gusts were coming through so we monitored things for a while then Stephen was first off. If the conditions feel good go for it.
That's twice now he's been ready before me. I think I need to ponder things less as both times conditions have been very flyable.

I didn't take long to get in the air and headed west along the ridge. The ridge was working nicely Direction seemed to change every so often but only slightly so probably some thermic influence.
I probably should have tried harder but there were several UGRL's (Unusually Good Ridge Lift AKA thermals) but nothing I could be bothered taking more than 2 or 3 turns in.
It was nice soaring conditions. playing with the glider. and just mucking about a bit in lift.

We stayed clear of Ged's gulley. After a while I could see Stephen was heading out and down. I clocked the time on the vario.. 52min. So boated about for a bit longer before heading down and joining him.

An hour of easy soaring. Could have stayed up for much longer but a debrief in langholm sounded like a better plan.