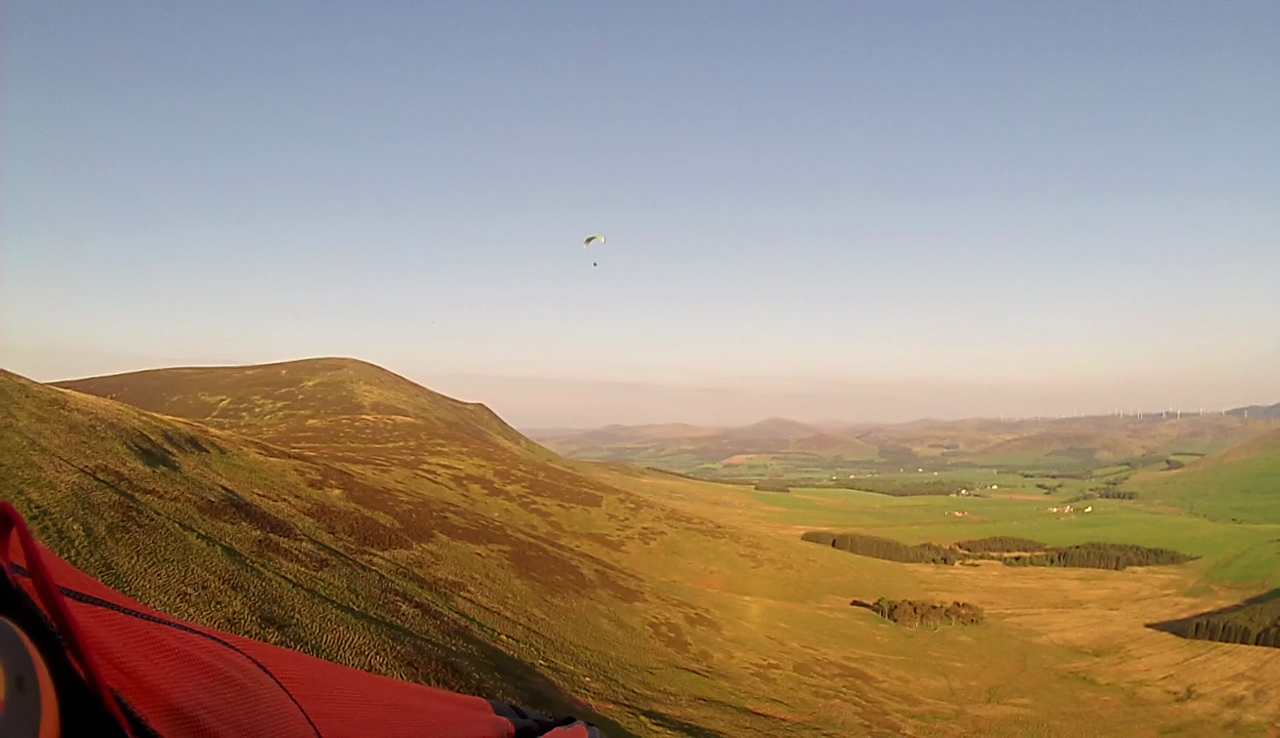 Another flyable day spent working. Conditions looked to be ok for an evening fly so made a plan with Stephen to head up to Tinto.

I think people had been flying off and on all day at Tinto. Steve W reported back on the early shift.

"It was good, the morning passed watching what looked to be a school geography trip struggle up big Tinto and then back down, all from my arm chair in the sky. Around lunchtime the air had a few more bubbles in it and the wing experienced the occasional tuck but nothing to excitingly. It got a little stronger as the day when on. Getting down mid-afternoon required a little bit of patience and some spiral turns which made my day."

The evening shift got to Abingdon about 18:30. Wind turbines to the south showed things as being a tad west but was it an optical illusion? Forecast was south so a stop at Dungavel first then Tinto. Easier said than done as the road through Roberton was closed. Spotted 4 gliders on Tinto but no one flying so we took the scenic route and after checking Dungavel (SSW maybe) turned back to Tinto. 6 in the aire when we got parked up. all doing ok but a hint of gail hanging. smooth gale hanging but not a lot of movement when heading west. Conditions were mellowing.

A quick walk up the hill and Stephen was first off. nice launch in a stiff ish breeze and straight up and forward. I followed not long after.

Did 2 trips to Big Tinto. Super smooth conditions. Almost headed over for a third but had a suspicion conditions were dropping off.