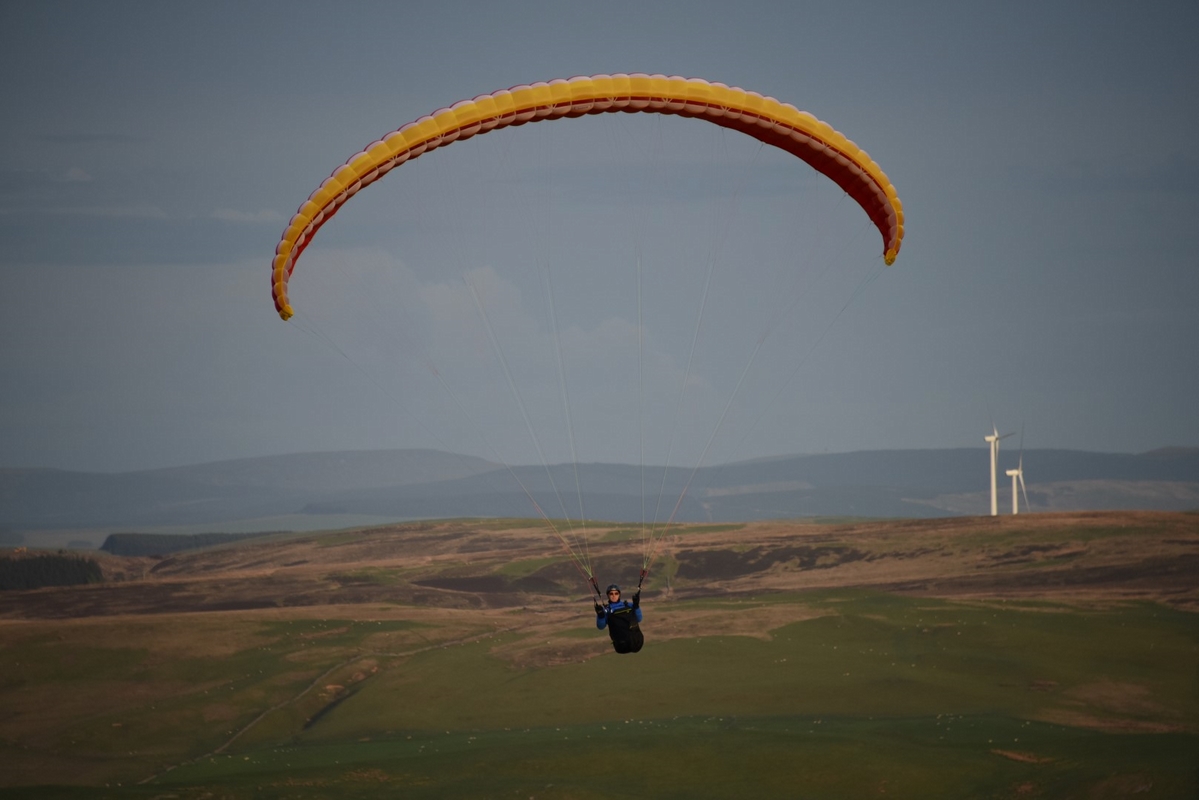 Thursday night looked promising for an evening float about. Lambing is almost over so time to get out and about. Conditions were looking a tad strong at 5.30 but forcast to drop off.
A plan was formed to head to witchie with Stephen. Meeting Fred, Dave and Dudley there.

Got to the hill about 7ish to see fred wearing shorts and Dave walking off the hill. 2hrs epic flying and knackered so heading home.
The grin to go with the statement implied otherwise. As did the wind on the hill. A tad strong.
2hrs chatting on the hill in Fred's car was more like it.
Having just got there I wasn't particularly keen on turning round and going especially as it gets dark gone 9.

Fred put some long trousers on while we all caught up. a wide ranging discussion as is the norm for parawaiting. Changes to tax laws being a common theme.
The wind was dropping.
Dave was first to start setting up. I was not far behind. In fact I was probably kiting the glider first. I find that kiting a glider on the hill gives you an idea about what is happening. It also lets other people get set up and launch first to actually test the air.
Forecast was for South-West but earlier it had been south. It was South-West. Dave proved that with a rather fast beat over towards the bowl. I bundled things up and walked over. I generally don't like the down wind sinky dash to save 5 min walk.

By the time I had crossed to the bowl conditions were lighter than ideal. Fred and Stephen flew over both landing quite low down. I think the walk was the better option.

We got probably 30 min of light scratchy soaring. The 4 of us flew while Dudley took pictures (resting a dodgy back).
Fred seemed to float out front on his Ion. Me and Dave were blatting back and forth down the hill whilie stephen had a bit of a soar and explore but ended quite low down the hill.

Debrief at the gordon arms and on the road home by 10. (just as the light was fading).
Good to catch up and get the feet off the ground a bit.