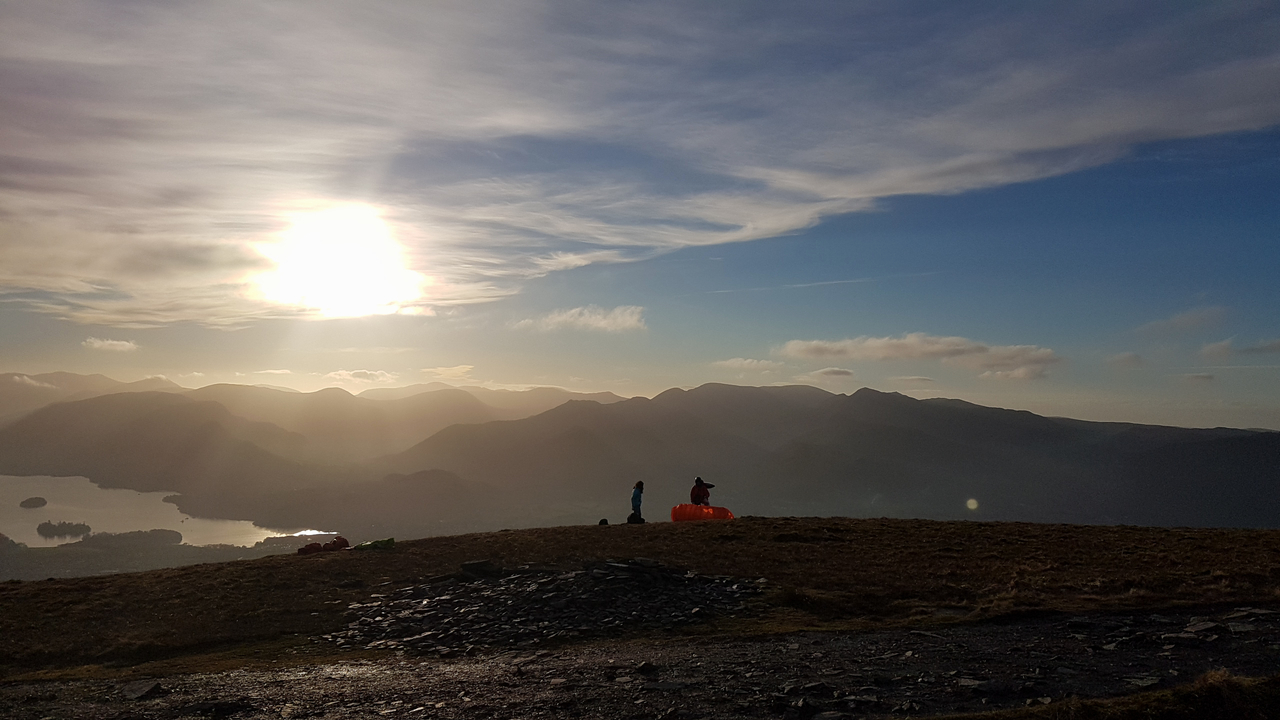 Almost the end of the year and not a lot of flying recently. A weather window appeared then as normal seemed to disapear.
Stupid cheap weather!

Had a look on windty and it showed lighter in the lakes. Speed on top looked top end but should be do-able.

Pinged Richard B to see if he was out - maybe in the afternoon so at least one familiar face on the hill. maybe!
No wind at Gretna. wind turbine spinning south of Carlisle. 50/50 chance of a fly but why not!

Forecast was SE ish (or SW) so I thought I'd take a look at Blease first. At the ariel on the way to the car park it felt Westerly. Threlkeld school weather station said NW!
Spoke to Richard who suggested trying Jenkins. So headed that way. No sign of anyone in the air.
At the wee monument it felt SE but was very light. Kept walking up. and up and up. as everything flattened out there was a breeze. Woohoo.
Two gliders in the air. turns out it was jocky and his son.
They flew about for a bit. I joined them but couldn't quite get as high as they had got. They then flew down to keswick.
More soaring - couple of wee flights but seemed to be dropping off.
Richard and Pat turned up. Then walked higher. Probably a good plan. I tried to fly round to where they were setting up but got very little lift and started soaring down the hill. Some bubbles of lift but not quite enough to get back up on.
Landed by the monument then saw Richard and Pat playing up on the hill.
Should have walked / kited higher!

Had a nice fly about and first time flying on Jenkins.

Heard Derek Mills had flown a bit at "old Berwick" near cheviot so flying was to had further north too.

lurgy kicking in now after all the excertion. stupid cheap cold.