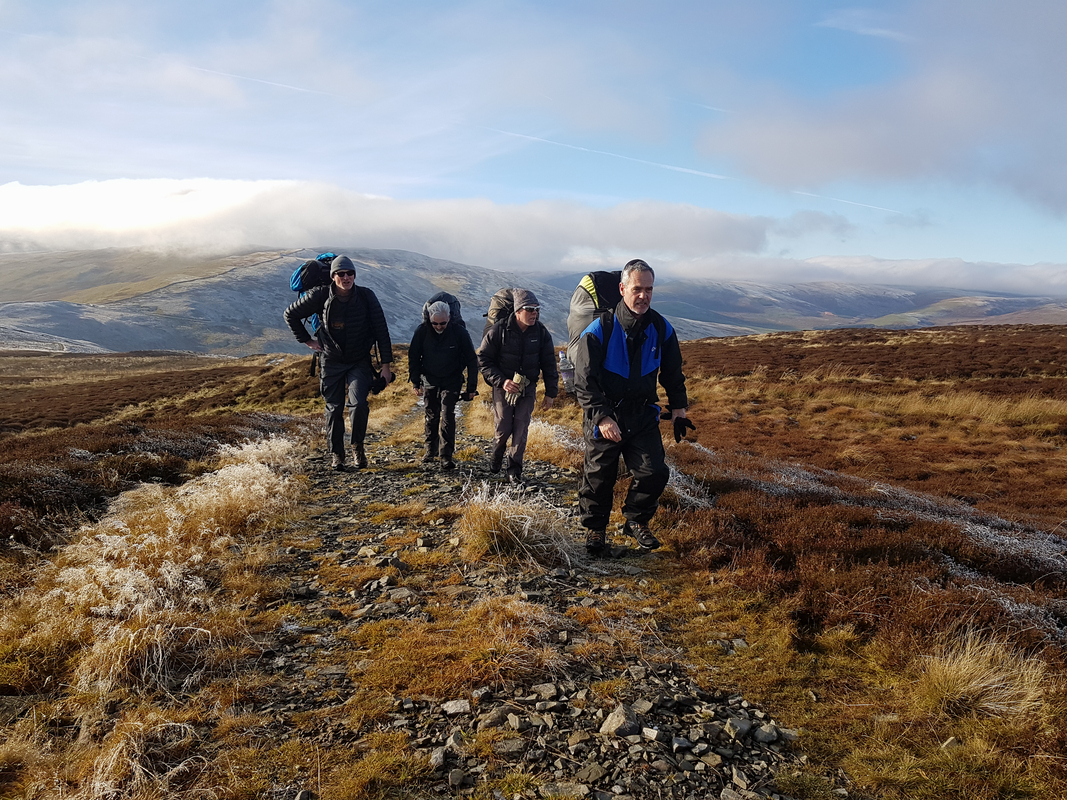 Five fearless Wingbeat souls put on their michelin padding, braced up the balaclavas and put one leg in front of the other towards our first fly hike of the winter season. It all started innocently enough: First, an urge to get outdoors again; then, THE IDEA, followed swiftly by a plan and a call to action, duly answered by the infamous five: Barry, DaveH, Derek, Jamie, Tommy.

THE IDEA was simple - park the cars at Witchie and hike horizontally along the ridge to Fastheugh (or should that be 'euch'?), pop the wings out, soar about a bit and then fly back the way we had come to land back at the cars. Easy enough, or maybe not. 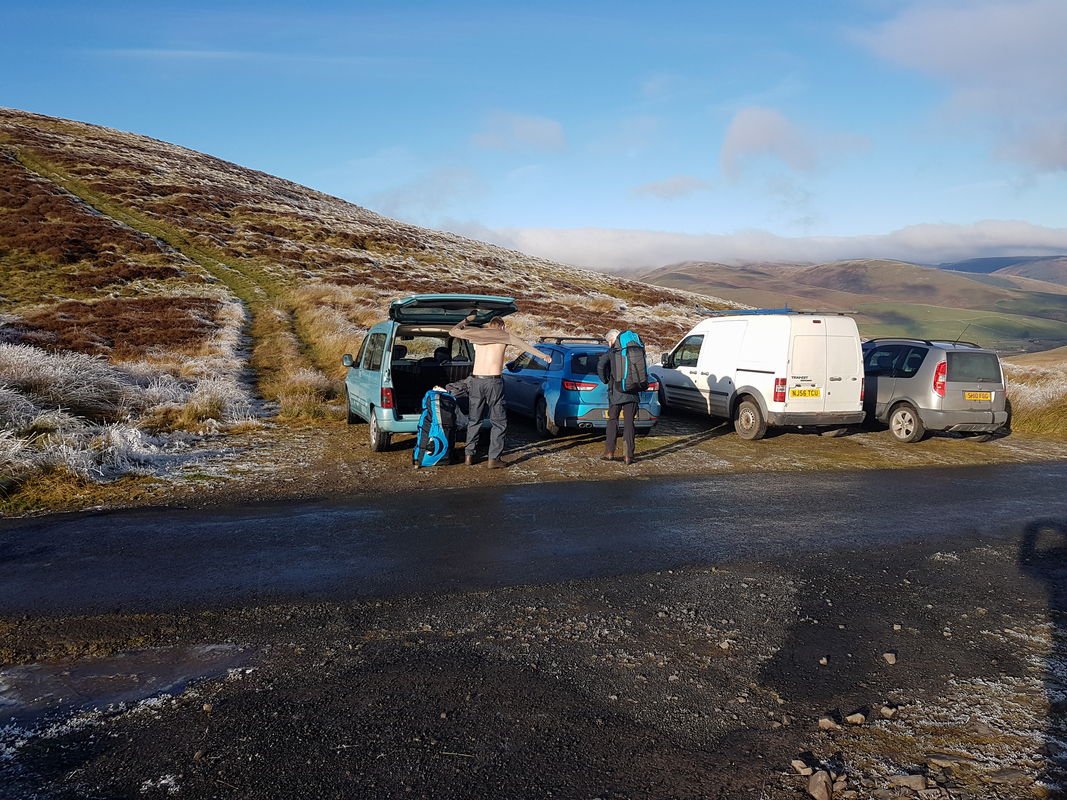 Driving to the meeting point, skies did not look encouraging with low clouds and nae sunshine, but of course with plan in hand that all changed as we approached Witchie, with a beautiful blue sky opening up to greet us as we arrived. It was still f&^%kng freezing though, and extra time at departure to get all extra layers on....and off we went.

What an excellent day it turned out to be, marching across our winter wonderland taking in the blue skies and stunning views. There were a few ups and downs, and one moment of uncertainty on the correct path, but this was by no means a hard walk and certainly opens up a huge new flying area for all seasons. Fastheugh itself, being just that little bit higher, was just getting slightly tickled by some wispies, but still good visibility and flyable.

Jamie was first man off, showing how to launch effortlessly with your lines in the heather and boated down the ridge and along the west face, followed a few minutes later by Derek.

Aware of the shorter days, decision was soon taken to start heading back. This was a totally different type of flying, taking long hops along the ridges and over slopes, with fast downwind landings at times, flared in at the last minute (don't lose precious distance by turning back into wind). Not really a problem as this is such a friendly, grassy/heathery environment. It was physically exhausting but have to admit it was great fun too, especially being amongst others as we leapfrogged along the hills.

The final flight was a katabatic forward launch on the NE slope at Witchie, which turned into a 100m sprint for at least two of us, but rewarded us with a pleasant glide almost the whole way back to the cars.

From a very uncertain forecast, we actually got a full-on fun day which was a great experience and like any other Wingbeat outing ended very pleasantly with a jig and a ceilidh in the Gordon Arms.